Now reading: THE MOST EXPENSIVE HEUER EVER SOLD
Share
PrevNext

New York, New York December 12, 2020: Today, the last-known Heuer Monaco worn by Steve McQueen while filming his iconic racing film, Le Mans (1971) hammered for a record-breaking $2,208,000 at the Phillips RACING PULSE auction in New York City. This timepiece is the most important Heuer wristwatch of all time, and one of the most celebrated timepieces of the 20th century. 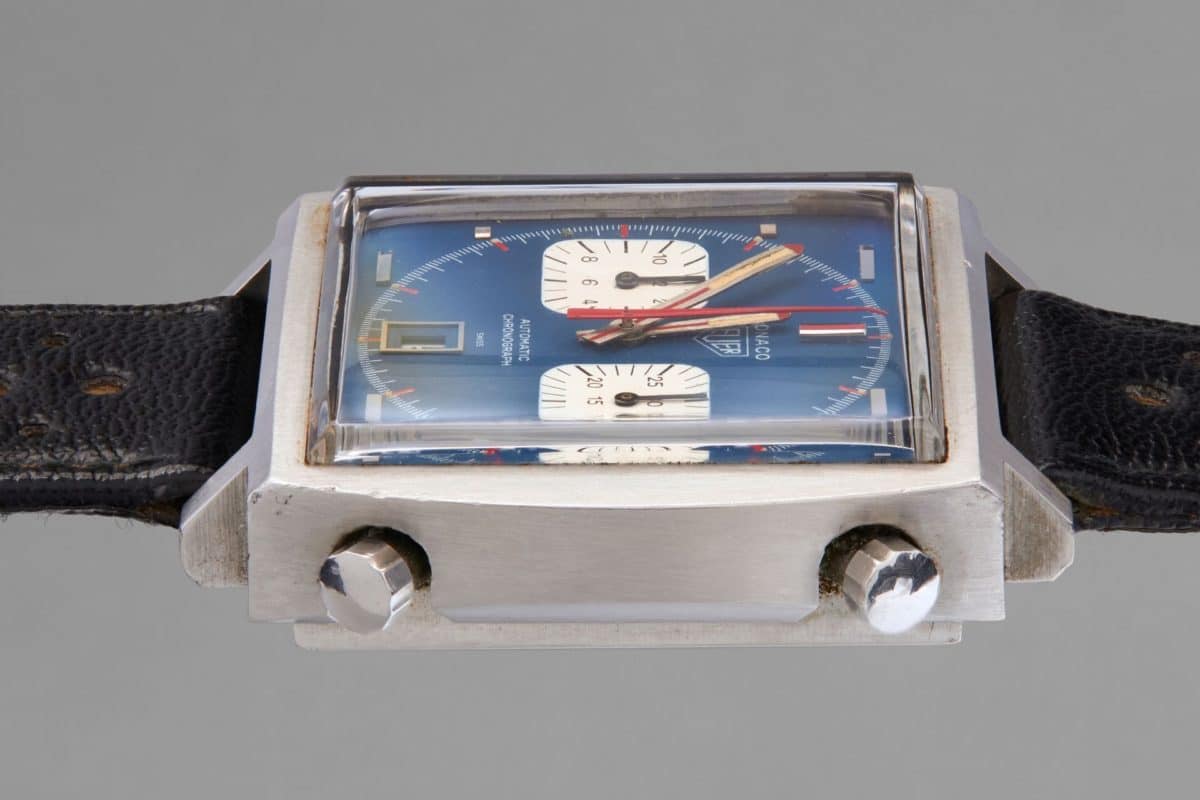 The Heuer Monaco, positioned at Lot 20 was one of the stars of the auction, live-streamed from New York City with record online attendance. The watch, which was originally listed as “estimate on request”, opened with a bid of $200,000. After a 7-minute bidding war, the watch eventually sold to an online bidder for $1,800,000 before buyer’s premium, marking a new record price for a Heuer at auction, and becoming the most expensive Heuer wristwatch ever sold. Watch enthusiasts from around the world followed this historic moment online and over the phone.

Paul Boutros, Head of Americas for Phillips Watches, and Senior Vice President shared , "It was a tremendous honor to have been entrusted with the sale of this Heuer Monaco on behalf of Mr. Alltounian. Having generated tremendous interest from collectors and enthusiasts around the world, we are thrilled with this world record result. This historic timepiece will always be associated with   the glamour and thrill of auto racing, and it can certainly be considered one of the most important Heuer wristwatches of all time."

Introduced in 1969, Heuer's Monaco was a game changer. It was the world's first square, waterproof (Piquerez case), and self-winding chronograph wristwatches powered by the Calibre 11 movement , identified by a micro- rotor oscillating mass and the unusual placement of the crown on the left-side of the watch case. Today, the Monaco reference 1133 is an icon amongst chrono graph aficionados with an enduring legacy in the watchmaking industry. Designed by Jack Heuer, the watch was named for the famed Formula One racetrack and was chosen by Steve McQueen as the chronograph of choice when filming began on Le Mans in 1970. Th e watch was gifted to the film's Chief Mechanic and McQueen's personal mechanic, Haig Alltounian, by Steve McQueen at the end of the filming. Consigned directly by Alltounian, the watch's case back features the engraving "TO HAIG Le MANS 1970", dedicated to him by McQueen.